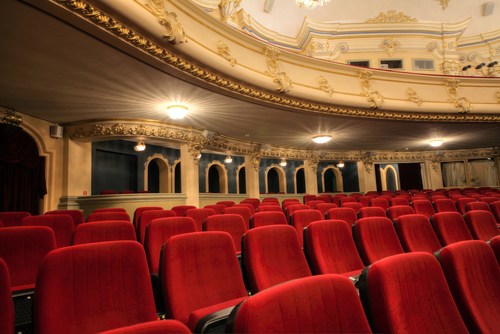 Curtains Up for the West Chester Film Festival

The Oscars may be over, but West Chester is gearing up for its own spotlight on the silver screen.

The Lucky 13th Annual West Chester International Film Festival comes to a theater near you (really near, less than four blocks from your Chestnut Square apartment!) April 28-30; all films are shown at Knauer Performing Arts Center and Chester County Historical Society. Catch more than 60 films, with selections for all tastes: dramas, comedies, documentaries, animation and more. All are short films, so you can take in lots of works — submitted by filmmakers from around the world, including local students and Academy Award winners — in the same amount of time as a normal trip to the theater.

Outside of the theater, the festival presents a number of opportunities to mix and mingle with West Chester residents and visitors. The festivities will kick off with the Opening Night Party at The Social Lounge, while Sprout Music Collective will stage a number of meet and greets with filmmakers, as well as film-focused workshops. The weekend is capped with the Best of the Fest party in which audience-voted awards will be distributed to filmmakers (not to mention lots of food and fun!).

Even if you’re not a movie buff, the film festival is a great way to explore films you might not see otherwise, and get the chance to network with your neighbors.