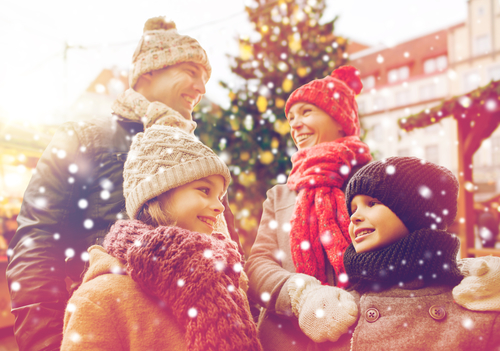 Celebrate the Season in West Chester

The 38th-annual parade, which travels right in front of your Chestnut Square apartment, is one of West Chester’s biggest annual events, drawing thousands from our town and surrounding areas to enjoy the signs and sounds of the holidays.

The Dec. 1 parade features everything from marching bands and musicians to floats and fire companies, who set the stage for Santa’s sleigh ride finale. With holiday music floating down the streets of West Chester, and giant balloons making their way over them, it’ll be hard to not get into the holiday spirit!

Parade participants will step off at 7:15 p.m. from New Street, head down Market to Matlack and back over Gay Street, bringing it past your Chestnut Square apartment.

Grab a spot on the sidewalk early for your chance to make your television debut! The event will be televised live on QVC, whose hosts Carolyn Gracie and Dan Hughes, along with 6ABC’s Adam Joseph, will scour the crowd for live shots.

If you turn out early, stop into the Holiday Village on High Street, between Gay and Market, for snacks and live music. Many shops in downtown West Chester will also be hosting their own Holiday Open Houses, featuring refreshments and entertainment.

Before the parade kicks off, runners will set the stage with the ninth-annual Jingle Elf Run. Featuring a two-mile run and a one-mile walk, the race starts at 6:30 p.m. and, with most participants sporting their most festive elf attire, is always guaranteed to be a good time.

The QVC West Chester Christmas Parade is a great opportunity to mix and mingle with neighbors, and enjoy the magic of the season, right outside your front door.