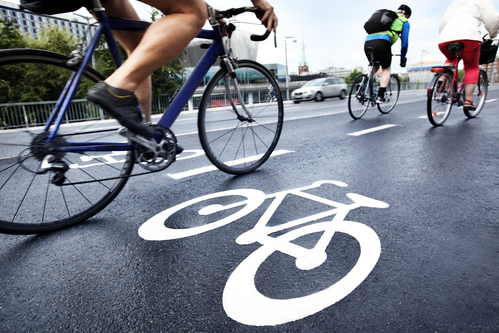 Gear Up for a Day of Bike Racing

A fast-paced, exciting day of competition is coming to West Chester—and all the action takes place right outside your Chestnut Square apartment!

On Aug. 10, thousands of bike enthusiasts will flock to downtown West Chester for the Benchmark Twilight Cycling Classic, a full day of bike racing that will feature professional and amateur match-ups, and lots of ways for people of all biking abilities to get in on the fun.

The tournament features three distinct races: a men’s and women’s professional competition and another for amateur bikers. On the professional side, cyclists from around the world will zoom through the streets of downtown West Chester, going up to 35 miles per hour as they compete for top prizes. Even the amateur race features top speeds and top talent! The races draw thousands of spectators, who line the streets of downtown, many of which are closed to traffic, to catch the excitement. Even if you don’t know anyone racing, the vibe that echoes through town is infectious—and will have you cheering on the racers as they speed toward the finish line.

If watching isn’t enough, and you want to get in on the action, you can do that with the Tricycle Tournament. Teams of up to five are invited to sign up for this tag-team event where racers compete on adult-sized tricycles. No experience is necessary, as this just-for-fun event is a unique way to practice your teamwork with friends, family or co-workers, all while getting a firsthand look at the packed streets of West Chester. Little ones can also be a part of the fun with a kids’ race.

Racers and spectators are all invited to congregate after the tournaments at the Community Festival, which will take place from 4-8 p.m. on High Street, between Gay and Market, directly outside your Chestnut Square apartment. There will be vendor booths offering biking accessories and information, food, drinks, family-friendly activities and much more.

We hope to see you there!