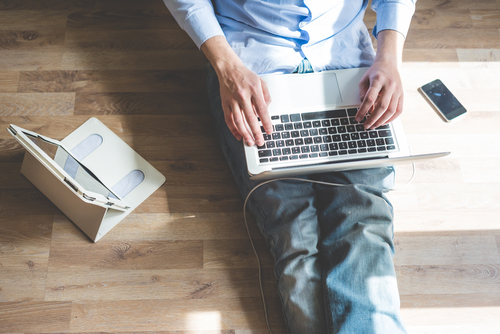 The business closures that have swept the nation in recent weeks have made going out and about near your Chestnut Square apartment a challenge—but staying in doesn’t mean you have to just veg in front of the TV! There are lots of ways to keep engaged and educated even when you’re stuck inside.

One good outlet is the Chester County Historical Society, which has an active online catalogue that’s entirely free—and you don’t even need to leave the comfort of the couch of your Chestnut Square apartment! The organizaton’s Chester County: A-Z exhibit is a fully virtual experience that tells the stories of 26 influential people, places and events that helped shape the history of Chester County—and, in turn, the nation.

The stories start with A for Arctic Exploration—did you know that at least three Chester County residents explored the Artic in the 19th century?—and ends with Z for Zook House, an 18th century home in Exton that still stands today, and which you can see for yourself in the Historical Society’s photo archives. In between those letters are two-dozen other eye-opening tales. For instance, M represents mushrooms—because more than half of the nation’s mushroom supply is grown right here in Chester County. Representing E is Easter Lillies, which were introduced into American culture in the middle of the 1800s by a West Chester resident, who came to the country from England. R stands for Bayard Rustin, the hometown hero who quietly worked behind the scenes with Dr. Matin Luther King, Jr. to plan marches, rallies and even his iconic “I Have a Dream” speech. With the county having had such an important role in the birth of the nation, it’s fitting that W represents George Washington, with a recounting of a 1700s letter he sent to one of his colonels during the nearby Battle of Brandywine.

Staying in doesn’t have to be a bore with resources like the Chester County Historical Society, which can help you learn more about who walked the streets near your Chestnut Square apartment hundreds of years ago—and can make you a whiz if local trivia nights ask about West Chester history!